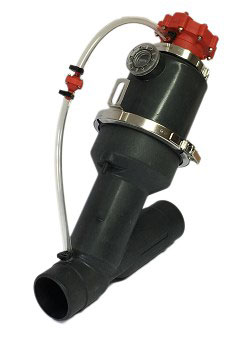 Deering is situated 800km North West of Anchorage. This small village consisting of some fifty houses, a school and a laundry sits on a narrow peninsular with the sea on one side and a small river estuary on the other. There are no roads leading to or from Deering so approach to the village has to be made by sea or air. A vacuum system was chosen to serve this village because of its versatility, ease of installation and its ability to transport the relatively low flows of sewage from the individual properties at high speed through small bore pipes to the vacuum collection station without the danger of the sewage freezing. The foam insulated polyethylene pipes were installed just above the permafrost. Glycol trace heating was installed to the foam, this is designed to stop the pipes freezing during the winter months when the temperatures can get as low as minus 50°C.

The electric supply to the village is provided by a small generator, so a new generator dedicated to supplying the power required by the vacuum system was also provided. The installation of the system commenced in 1997, however, work quickly came to a stop when the civil contractor uncovered the remains of an old village, many artefacts were discovered some inches below the surface during the excavation of the pipe trench. A team of archaeologists quickly set up a laboratory in Deering to examine and preserve the artefacts. This was a very slow process which resulted in no further pipe work being installed that year. In 1998 work recommenced but once again progress was slow. 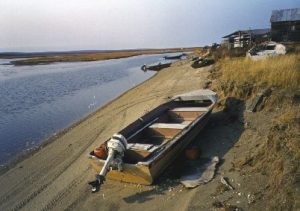 Vacuum Pipework
Over 1500m of Polyethylene pipe were installed. Pipe sizes ranging from Ø90mm to Ø160mm.

Summary
As a result of the vacuum system being installed the residents of Deering can now take their drinking water from the river without the danger of it being contaminated by sewage which was previously disposed of by hand into the sea around the estuary. 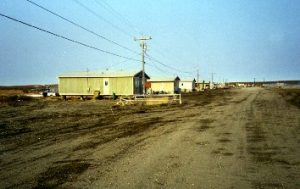 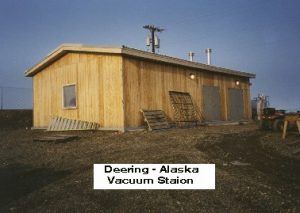 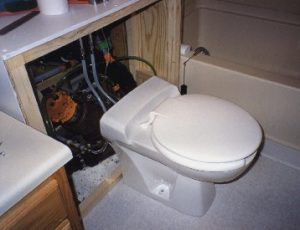